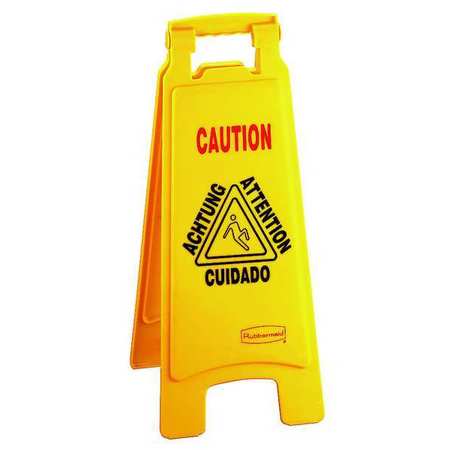 True Confession: This post contains and pretty much centers around potty humor.  If you’re not into that sort of thing maybe you could check back next week, but I might not write a blog next week, and truth be told, next week I might be writing about the bathroom again.  With 4 kids, 5 chickens, and 2 dogs I wouldn’t be telling MY truth if I weren’t talking pee and poop.  Furthermore, if you aren’t into potty humor, than I am wondering if you belong here.  I am not saying you don’t deserve to live or be on this planet, I just mean you might not belong on THIS site.  Because whether or not you laugh at farts is my time-tested, most reliable, friend litmus test.

We leave the house one morning a week.  Despite homeschooling, the two biggest kiddos have a packed lunch, a stuffed backpack, and work that is due each Wednesday. It’s crazy this accountability thing.  I picture this one morning as a very small window into a “normal” family morning.  I am pretty bad at it.  I am better now than I used to be when it was me and one or two kids.  Getting out of the house with a toddler ten years ago was a Herculean task.  It really was.  People say to me a lot, “I don’t know how you do it with four kids. I can barely handle one.”  I am not blowing smoke when I say, “I could barely handle it with one either.”  I would try to brush my teeth and disaster would strike.  I would give myself a huge pat on the back if I was only 15 minutes late.  We grow and change, get better at stuff, lower our standards, then lower them again.  And those kids that were so hard to get ready, they grow and change, too.

[I am not kidding you, it is 8:54 am on Friday, March 9th. I am typing away at this blog in the hopes that I can share it today. When I hear, “MOM-MAY! I NEEEEEEEEEEEEED you.” This means one of three things: 1. poop in the potty 2. poop on the floor 3. both.

It is 9:01, and I’m back at the laptop. I washed my hands. I washed the kid’s hands.  I sprayed a large portion of the bathroom with disinfectant.  Those are all good things, but I can’t un-see what I just saw in there.  It was terrible, and I am going to spare you the details, but worse still, this is just totally normal, all-the-time stuff.  I am CONSTANTLY doing stuff (cooking, teaching, folding clothes, gardening, reading, looking at the computer) then have to stop and do poop stuff. This is a strange way to live. Am I right?]

Okay, back to Wednesday and my previous train of thought.  How can I possibly think big thoughts about the bathroom with all these bathroom interruptions?! On Wednesday morning we needed to get out of the house. We needed to get out of the house with a tri-fold poster and food from Australia to share with the class.  We needed to have shoes on.  We needed to brush our teeth.  We needed to poop. We needed to not kill each other. Noble goals.  The trick to this particular Wednesday, was that the day before had been a birthday.  We were gone from the house from 9 am to 7 pm celebrating…on a Tuesday!  This is a MOST unusual schedule for us, and my takeaway is that no one is allowed to have a Tuesday birthday again.  Being gone for so long was really out of the norm and had the kids’ plumbing in a tangle.  Nobody was going to drop a deuce at the GA Aquarium or at Farm Burger, and we went straight to bed when we got home, so Wednesday morning was “busy.”  So busy in fact, that we had to leave the house with 100% of our toilets incapoocitated.  The upstairs bathroom started to overflow, and then Jesus took the wheel and stopped it just at the point of no return.  He held back the Brown Sea because he knew I couldn’t plunge that mess while holding a map of Australia and putting a ponytail in Charlotte’s hair.  Thanks, Lord.  In the downstairs bathroom, Jo decided THIS Wednesday would be the perfect time to try to use the real toilet and not the little potty she’s been using every single day since September.  We have been trying to get her to do this for 2 months.  This Wednesday was the perfect time.  With her tiny hiney and inexperience, she clung to the edge of the toilet and did her business in the no man’s land part of the bowl.  There was no flushing that mess.  And I wasn’t in the right head space to decide which of my spatulas was going to become a shit shovel. So after two unbudgable flushes, that toilet was left…incapoocitated.  Jo was proud.  She had used the tall potty we’ve all been raving about.  She smiled and reminded me of the gummy bears she’d been promised.  Where in the HELL are the gummy bears I bought two months ago to bribe her?! I had no clue. I tried to hand her some gummy vitamins. She gave me the “You’ve lost it” face.  I handed her two Girl Scout cookies. And now she’s ruined.  It happened just like that.

We were sworn to secrecy about the clogged toilet by the offender.  He, I mean, the child, followed me and his sister around reminding us of our promise. It grew to be obnoxious. “WE PROMISE WE AREN’T GOING TO TALK ABOUT THE CLOGGED TOILET!” I yelled. Hmmm, I feel a quiver of betrayal.  The story must go on, it was really just the carpool kids he didn’t want knowing.  I get all seven kids, projects, lunches, water bottles, and bad attitudes into the van.  I start to back up and Jo says, “Hey, guess what! Our toilet is overflowing because” “STOOOOOOOOOOOP!” I yell at gym teacher volume.  She is stunned into silence. That never happens.  I tell her we aren’t going to talk about it.  She looks at me again like “You’ve lost it.”  I quickly turn on the radio to distract and drown out anymore chatter.

The kids are dropped at school and Levi becomes DJ Levi.  He chooses and introduces songs all the way home.  It was so fun and charming. He made a drive down GA 400 lively and fun.  I pulled into the driveway, had to take a phone call from the pharmacy, then jogged inside because the 2 cups of coffee and the hour in the car had me needing to pee bad.  I hustled into the bathroom and it hits me, NONE OF MY TOILETS can be used.  How had I managed to forget the shit storm that awaited me? Because life is THAT full of conversation, and good music, and cute kids that I completely forgot that both of my toilets were non-functional.

An architect came over about 2 hours later with drawings of our new master bath addition.  A toilet for every other butt! Where do I sign?