True Confession: We celebrate half-birthdays.  I love a party, usually a simple party, but a party nonetheless.  So, we started celebrating half-birthdays at our house.  This happened kind of organically.  I am a little less grossed out by our extravagance to say and think that.  Not really. Saying that something “happened organically” is pretty obnoxious.  It just happened. When we were newlyweds, we would casually, but sweetly, remember to comment on each other’s half birthdays.  How cute. Then when we were new parents and counting our kids’ ages by months, it was easy to notice and enjoy.  When did measuring time month-to-month officially end?  I’m gonna bring it back real quick.  Finn is (pause while I find the calculator function on my phone) 138 months old this weekend!  AWWWWWW.

Before your imagination runs wild, what I mean by “celebrate” is that we have a half birthday breakfast whereby the half birthday kid (or adult) can have ANYTHING they want for breakfast. And they get to eat off The Red Plate–a nod to my childhood in the 80’s where putting food on a red plate was party enough. Good times.  That’s the full extent of the celebrating.

It’s a fun and simple thing, and we have accidentally forgotten many a half-birthdays over the years. If you are beginning to have a twinge of guilt or remorse that you don’t “do” half-birthdays at your house, please stop.  The very last thing I want to do is add to the plate of families that are already planning a Disney cruise, organizing muffins with mom, donuts with dad, and flan with friends.  There is SO MUCH that I don’t do, like leave the house everyday or dress my kids like old people for the 100th day of school, and so this half-birthday thing is a small, one-off of sentimentality and motivation.

Our oldest son has a half-birthday this weekend.  We live a lopsided life where unseemly amounts of birthdays happen in two months: March and September.  Gloriously, those two months are, you guessed it, 6 months apart! So for a number of years, the half birthday breakfast just meant that Finn could eat a piece of Papa’s leftover birthday cake the next day on his half birthday.  He thought it was so wild and irresponsible. However, Charlotte got wise (as she tends to do) to this half birthday thing and started upping the stakes.  The year she had a pink camo cake (disgusting) was the year that the creative juices started flowing.  Levi followed with a brownie and sour patch kid breakfast, and then it was peach cobbler and cinnamon rolls.  So, as with many things, the snowball is rolling down the hill, getting bigger and bigger with each rotation.  When Jo is 13.5 we might be renting out an IHOP.  Just kidding. I promise I’ll never do that.  I strongly doubt I will ever do that.  But I wouldn’t rule out a Waffle House food truck.  Now, THAT would be ace!

Finn has submitted his half birthday request; he wants ribs.  In an unprecedented half-birthday move, I said, “No.”  I have never cooked ribs, and I am not going to learn in order to have them hot-n-ready at Finn o’clock (seven a.m. EVERY SINGLE DAY).  He settled for steak and hot dogs.  Charlotte is not pleased.  She brought up the peach cobbler, but he didn’t take the bait.  Tomorrow morning we (Riley)  will be firing up the grill around 7 a.m.  Our neighbors probably won’t be awake, but if they are, I am sure they won’t be surprised as we are “the weird ones.”

Things are shifting.   The kids’ tastes and personalities are all changing just like everyone told me they would.  Finn is deep into the carnivorous pre-teen phase, and I can see the change right there on the shopping list.  Coming all too soon there is likely to be eye-rolling and angsty indecision about half-birthday breakfast, and maybe we’ll let it fizzle out…organically of course.

On our way out of Kroger, Finn got sparkly eyes and did the gummy smile that is his signature these days.  He just said, “And Dr. Pepper.” He knew he had me in the half-birthday vice grip. I had used my one “No” on the ribs.  I smiled and grabbed a six-pack of the 7.5 fluid ounce, pony Dr. Peppers.  Happy Half Birthday! 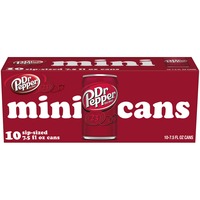