True Confession: Something is different.

We have taken our kids lots of places.  We have taken them lots of places with THEM in mind–not places like Disney World or Wolf Pack Lodge (or whatever that place on all the billboards is called) because those are too over-stimulating and exhausting, but places where they can find creatures in tide pools, and climb rocks and trees, and play in the sand, and eat fresh food.  We have been careful to not over-plan our days so that there is time for naps and for early bed times.  We have tried to keep car time to a minimum and fresh air to a maximum.  I thought we planned some really wholesome, good times. And yet.  And yet nearly every one of those trips was HARD.  Hard and disappointing and exhausting, and the trip would have been better if it had been without our kids.  That’s a tough thing for me to say because I love them and like to be with them, but it’s the truth.  The exception to this unpleasant truth might be a pretty great trip to Maine two summers ago, but the trip ended with 2 terrible days in Boston, the memories of which are hard to shake.

Two and a half weeks ago, we were packed and ready to leave for the UK.  We were so abnormally ready that we were sitting and waiting for our ride to the airport (Thanks for the lift, Mom and Dad).  It was an odd feeling to be sitting on the couch with everything done, just waiting. I NEVER sit on the couch with everything done. While we sat, I said to Riley, “You know, I think we might be in the sweet spot.  We have no diapers to pack; Finn is not yet an angsty, hard-to-please teen; the kids are good ages.  I think this could be really good timing for this trip.”  Riley smiled, the memories of all those trips past at the edges of his lips–All the optimism and excitement on the front end.  All the work in the middle.  The fog of returning home feeling more depleted.  He loves (and needs) my cheer, so he smiled and said, “Maybe!”

We arrived at the airport and gave lots of hugs and kisses to my parents.  We dropped car seats and suitcases at the checked bags counter (what a relief to unload all of that) and snaked our way through security.  Each kid had their own backpack full of their chosen treasures.   Jo had a blanket and babydoll to pass through the scanner machine.  We were told by the man who checked our boarding passes and passports that they wouldn’t let us travel with our wiffle ball bat. 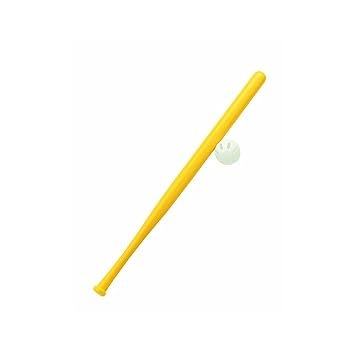 It was sticking out of the top of the stroller because we were only taking small suitcases, and it wouldn’t fit into any of them.  We were bummed because we LOVE to play wiffle ball and wanted to share it with the Brits.  We folded up the stroller with the bat trapped inside.  Charlotte, in full volume said, “What about the BAT?! They said they wouldn’t let us take THE BAT?”  “SHHHHHHHH. It’s fine,” I said.  While I was arms and legs spread in the body scanner, Finn says from the “all clear” side of the security line, “Do you have THE BAT? DID IT GO THROUGH?”  They are so uncool.  There is NO playing it cool through the security line with one piece of plastic contraband, and four, semi-rule following children.  Despite their chattiness, we got the bat through security! The unbreakable bond of thieves and criminals settled around us.  It felt good.  We boarded the train to our terminal.  That airport train is a mysterious beast.  It’s an exciting and delightful element of the journey on the way and an obnoxious, hot, dizzying mess on the way back. It’s a fickle sled ride of a thing. Fun on the way down, far less so on the way back up.

We got off the train and were sad to see that we had to travel in the opposite direction of the moving sidewalks.  Oh man. The moving sidewalks are the greatest technology of the entire flight process.  Their ability to dazzle far exceeds aviation, movies on the seat backs, or toilets in the sky.  Because they are so awesome and not to be missed, we let the kids run away from our terminal and toward the moving sidewalks.  They got on, cackled, started doing tricks, etc.  On their trip back into the proper direction for our terminal (on the other moving sidewalk) a woman, using the non-moving sidewalk, smiled at them and said, “Oh, my kids are all grown.  What a sweet time.  I hope you enjoy them.” Sometimes these comments land and make me feel like, “Hey, lady.  I ENJOY my kids.  Can’t you SEE me enjoying them? I ENJOY them more than most people, ok?!” But usually I feel the nostalgia and the kindness that is intended.  This was one of those times.  I smiled at Riley and said, “See. It’s like what I said on the couch.  This might be the sweet spot.”

We ate frozen yogurt at the terminal, took some cute pictures, updated Facebook and waited on our plane.  It was going well.  We flew to NY and then on to Scotland.  The flight was not as sleepy as we had hoped.  The flight crew carried a collective chip on their shoulder.  It was very taxing to them that there were passengers on the flight.  I worked to swallow a crippling nausea the whole time.  It wasn’t a sweet spot much less THE sweet spot.  That first day was terrible.  Three out of six Schos blew chunks.  One did so all over the carseat while in sight of our house.  It was one of the worst days I have had in ages.

The kids were tucked into bed late, but then they slept late! Riley and I had a slow and nice morning drinking tea and Sanka and shrugging off the cloud of the previous day.  The boys wanted to fish…needed to fish. So we planned to head to a fishing shop to figure out how to legally fish in Scotland.  It’s a bizarre system in which every body of water operates under different rules and requires its own license.  The boys spent over an hour talking with Kate, the owner of a charming fly fishing shop in Blairgowrie, Scotland.   They were so cute in there, bugging out and learning the ropes, while Riley did his best to be extroverted.  It took Kate about thirty minutes to warm up to the Americans, but once she did, there was almost no pulling them away.  We walked down to a small and unadorned sandwich shop to get some picnic lunch.  The walls were decorated with art for sale: a couple of paintings by local artists along with kid-colored pages torn from a coloring book with outlandish (and adorable) prices like 15 million pounds. While we waited on our sandwiches, the kids asked if they could try IrnBru, the sugary, caffeinated (other) drink of the Scots.  They started talking about how Uncle Tim had told them they had to try it.  They asked the teenager behind the counter if she liked it.  Her eyes sparked to life, and she became instantly animated talking about how MUCH she loves it and how she feels like she could go all night when she drinks it.  It was adorable and so patriotic.  Her feelings about IrnBru and her feelings about Scotland were so intertwined, it would have made a marketing major swoon. 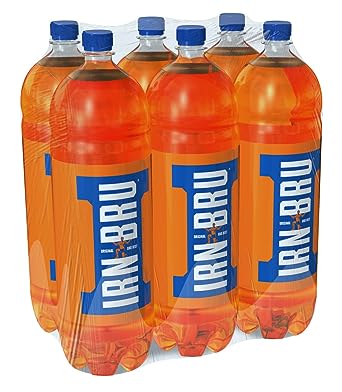 We heard about how much better Scotland is than England and how their fish and chips are way better than English fish and chips and on.  She came to life talking to the kids about IrnBru. We had to have some.

We spent the afternoon lunching, fishing (not catching), playing outside, buying fun groceries (we passed on both mushy peas and marrowfat bigga peas), swinging on rope swings over a loch, and just enjoying how gorgeous Scotland is.  It was a wonderful and refreshing day.

Time after time the kids made connections with people that wouldn’t have happened without them.  The owner of the fishing store, and the girl in the sandwich shop were just two of many people who came to life and shared themselves with us because of our kids.

On our last full day in Scotland, the kids were running around playing ball on the top of a quiet and windy hill.  We had been staying in a lodge that is usually rented out by walking groups looking for a place to sleep between hikes.  One by one, these beautiful children started coming out of the other house that shared the same hill.  I assumed it was two families worth of kids, but it turned out to be a family with 7 kids all mixed around our kids’ ages.  They spent the evening chasing each other, dodging nettles and nesting birds, running free and laughing with their new friends.  They played again the next morning until the last moment when we had to pack up and check out.  Hugs and mailing addresses were swapped.  It was lovely.  The memory of that horrible first day completely replaced by the beauty of a family full of red-headed friends.

We had a six hour drive in a far too tiny car to get us from Scotland to North Wales.  The kids were totally perfect for the entire trek. We were astonished and so thankful.  Prayers were answered. Our next stop was a pub with an attached apartment run by a family with three kids and more animals than they know how to take care of (chickens, peacocks, pigs, horses, sheep, and a suicidal dog).  If Riley and I were to run and bed and breakfast, I fear it would be much like this place–warm and welcoming, but pretty much a wreck.  Our bed frame was completely broken and lead to a horrific night’s sleep.  We were promised help with the bed that never came, and I really didn’t mind because I just liked the couple so much.  I was happier that they had pitched a tent in their field and were “camping” with the their kids rather than worrying about our bed frame.  The morning after the “camp” their littlest one came walking into our apartment because he recognized the Peppa Pig episode Jo was watching on the “tele.” I am guessing his Mum smuggled it from their house and put it into the tv cabinet of the rental space. After I walked him back outside, our kids and their kids ran all around the place in their pajamas and bedheads.

The following night we had a family reunion of sorts in the pub.  Our kids got to meet some cousins and see others they hadn’t seen in 6 years.  It took them a moment to warm up, but it wasn’t long before they were singing and playing at the pub piano, having a serious game of UNO, and eventually playing a frisbee/trashbin game of their own invention in the wet grass.  They just knew to move out of the noisy, adult space and make more fun of their own elsewhere.  It was a joy to watch.

Each day the kids woke up and went along with the plan–fishing, a playground, a hike or a tour.  Day after day they slept well, ate well, played well.  And day after day they lead us closer to people and unforgettable moments.  They were our best tour guides yet.  More to come next week!